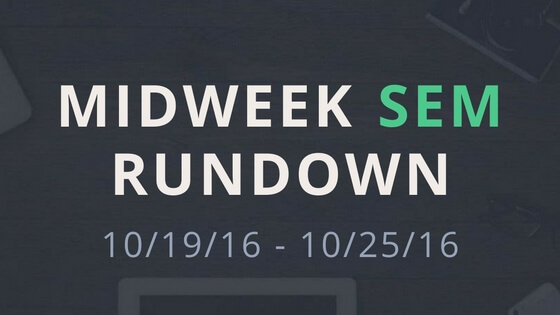 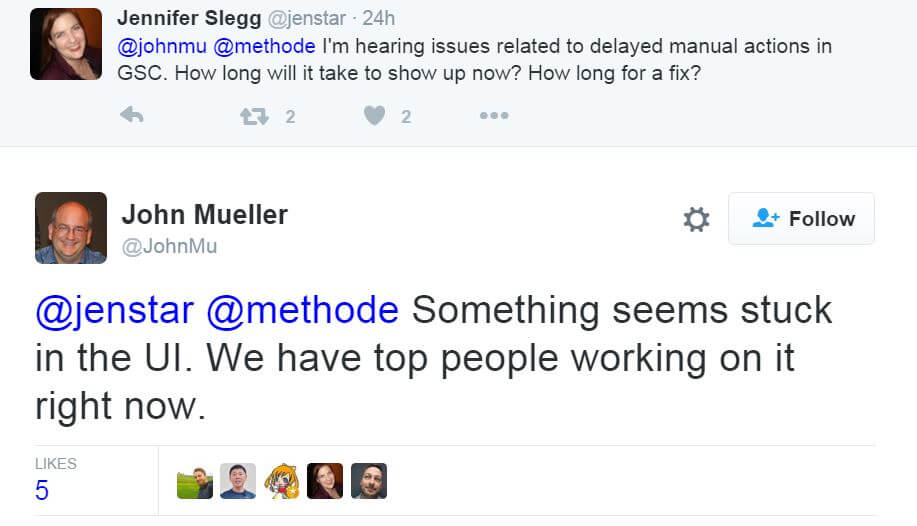 Google Search Console AMP filter only shows Top Stories.
If you are tracking search analytics information for your AMP pages, John Mueller tweeted an important note. The AMP filter in the Google Search Console Search Analytics report only counts AMP pages in the Top Stories section. This means that any AMP pages that you now have showing in the core mobile results will not counted in the analytics report. Hopefully, Google will adjust this sometime soon.

Google posts consumer data and advice for advertising in the Holidays.
Google has declared this holiday season the “Year of the Supershopper” in their new post. They also included some helpful consumer information for marketers prepping for the holidays. Here are some of the key takeaways:

Google adds Surveys 360 to the Analytics 360 Suite.
Google has split its four-year-old Google Consumer Surveys into a new enterprise-level version in the Analytics 360 suite, and the current consumer-level surveys which has been renamed “Google Surveys”. The new Google Surveys 360 is all about speed as it lets marketers create a survey, find a specific audience sample, and generate statistically significant results in just a few days. You can find the new 360 tool here. The consumer-level Google Surveys is Google’s cheaper pay-as-you-go product. Google Surveys will see a design overhaul that will roll out over the coming months.

Yahoo posts better than expected earnings report.
Last Tuesday Yahoo posted its earnings report which included a total revenue of $1.305 billion, higher than the expected $1.3 billion. This is good news for Yahoo which is trying to close its $4.8 billion acquisition deal with Verizon, scheduled for Q1 of next year. In the report Yahoo highlighted its MaVeNS (mobile, video, native and social) ads, which saw a 24 percent increase to $524 million. However, Yahoo also had drops in other areas. Paid clicks were down by 22 percent compared to Q3 last year and Display ads were down by 5 percent. Some analysts had expected larger drops. 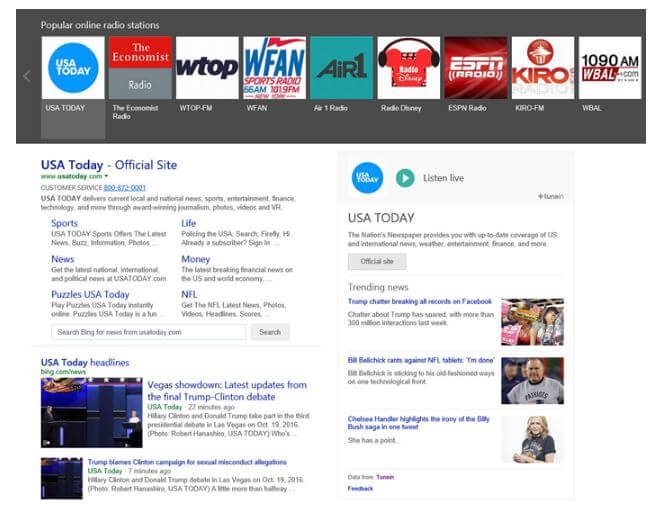 Google prefers JSON-LD structured markup.
In response to a question during Google Webmaster Office Hours, John Mueller said that Google currently slightly prefers JSON-LD. In the future, Google may strongly recommend this format. John did go on to say that websites currently using microformats or anything else do not need to make the switch to JSON-LD. So if your schema markup is currently showing up in Google without issue, no need to switch for now.

Sitewide or Blogroll links not necessarily bad.
John Mueller responded to a question regarding site wide links, specifically in blogrolls. He explained that links to your site from blogrolls or other site-wide links are not necessarily poor links and their removal or disavowal is not always necessary. Be careful when performing a link audit that you do not cut too deeply, even on site-wide links.

Keep 301 Redirects up for at least a year.
During a Webmaster Office Hours, John Mueller explained that 301 redirects should remain up for at least a year, preferably longer. For webmasters who need to remove the old 301 redirects they should first check if there is any traffic coming from the old domain. If there is, check if you can update the old links to the new domain URL, by reaching out to webmasters with the links pointing to the old URL. If you are unable to update the backlinks or keep your 301s long-term, it could result in Google not crawling old backlinks and treating your new domain like a new site.

Hackers hiding their URL with AMP.
Because AMP pages are hosted by Google itself, hackers can disguise their URL. This prevents users from identifying a hacker site from the unusual URL they often use. If you receive suspicious emails or see odd links on a webpage, be wary, even if the URL has the google AMP TLD. 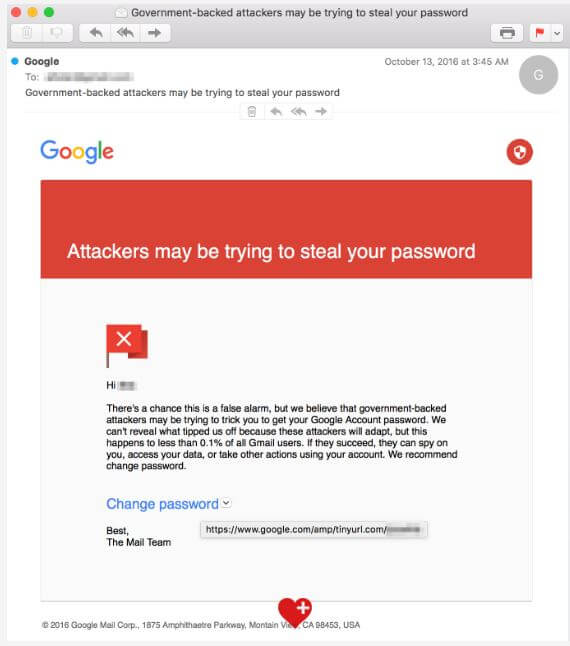 Bing updates its campaign creation process.
Bing’s updated campaign creation process makes it easier for advertisers to set up their campaigns. More options are made available in setup and performance estimates are provided to advertisers during the process. Bing now also allows advertisers to copy the the settings from an existing campaign. The improved workflow is live and Bing is looking for feedback in its forum or on Twitter. 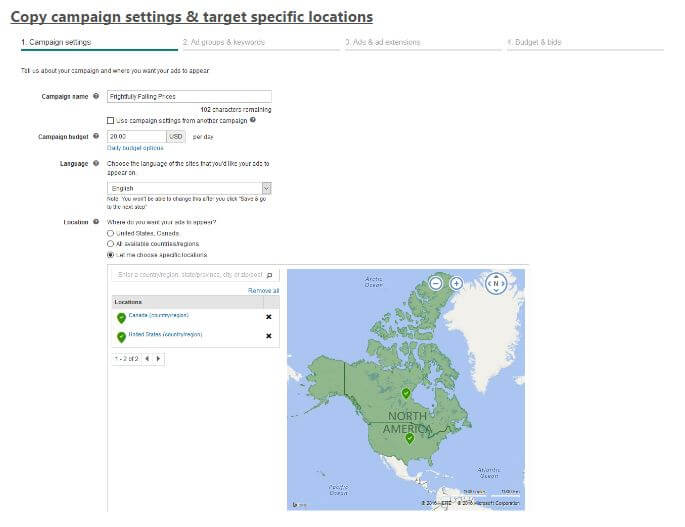 Forecasting and trend data added to existing keywords in Google Keyword Planner.
Within the Keyword Planner Google has added an option for getting “forecasts for campaigns or keywords from your account”. The new addition provides performance forecasting and search volume trends when advertisers import their existing account. Advertisers can also see how bid changes can potentially affect the performance of their keywords or campaigns. There is a quality indicator displayed that is based on the data available in the account. Search volume trends show overall average monthly searches and can be broken out by device and location. Advertisers can also see forecasts for additional keywords or mixtures of new and old keywords. 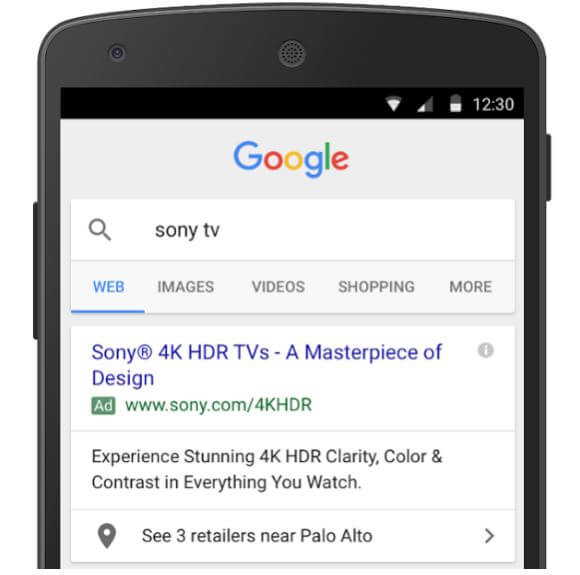 Google showing all shared reports in Adwords by default.
Google announced that all shared reports within the reporting section under an account will be shown to all users by default. Users in the Reports tab will be able to see all reports created by other account users, in addition to their own reports. There is a checkbox for users to “Show my reports only” in the top right of their Reports tab.

IAB Tech Lab releases standard for dynamic content ads for comment.
The IAB Tech Lab has developed a standard for dynamic content ads and has now released it for public comment. The schema standard works to improve the relevancy of ads, creating numerous ad variations customized to the viewer’s location, gender, language and weather. The new standard functions across different devices and screen sizes and in several ad types including: display, audio, native, video and social. Public comments on the schema can be sent up till November 28, 2016 at dynamiccontentads@iab.com.  Comments will be used in making revisions to the markup before its final release.

Google Updates UX of Maps.
Google has updated the functionality of their map results. Users in maps will notice that the local results on the left of the page update dynamically as the user moves around the map with the mouse cursor. The dynamic updates also occur on the next button click. The functionality can be turned off by unchecking the option on the bottom left of the page: “Update results when map moves”.