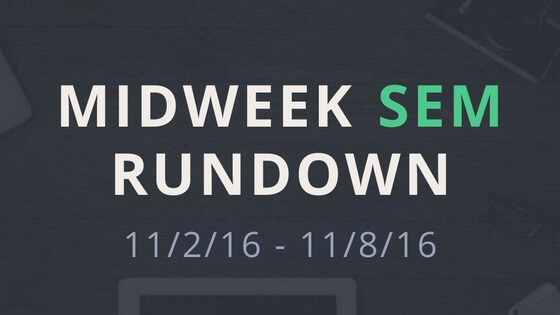 Google drawing closer to marking HTTP sites as insecure.
Google has been talking about the importance of safesearch for years. To protect their users and encourage webmasters to adopt HTTPS, Google will be more clearly marking non-secure websites in Chrome. Google currently marks non-secure sites with a small information icon in the search bar of the Chrome browser. Google’s studies have shown that users do not perceive the lack of a “secure” icon in the browser bar. So, starting January 2017, Chrome 56 will label HTTP pages with password or credit card form fields as “not secure” in the browser bar. Eventually Google plans to label all HTTP pages as non-secure. If Google’s HTTPS ranking boost hasn’t pushed enough webmaster to move to HTTPS, this visual penalty may just be the ticket.

Google begins the transition to a mobile-first index.
Last year, Google stated that they were seeing more mobile searches than desktop searches. Now, they are finally transitioning to a mobile-first index to match the trend. In Google’s recent blog post, they explained that they are beginning testing of their new mobile-first indexation. The testing will occur over the next few months. For webmasters who don’t have a mobile version of their site, Google will continue to use the desktop version in their indexation. Responsive websites shouldn’t have to do anything. However, sites with an m.domain or sites using dynamic serving should make sure that their most important content is available for crawling in mobile.

Tabbed content no longer demoted by search engines.
It has long been the case that content in accordions or other tabbed content was ignored or demoted by search engines. If content was not immediately visible to a user, Google did not want that content influencing their rankings. However, Gary Illyes tweeted that in the new mobile-first world, content hidden for UX should have full weight. Webmasters will no longer have to make all of their content visible at the cost of the user experience. I am going to wait for a double confirmation on this, before suggesting webmasters make changes to their websites. 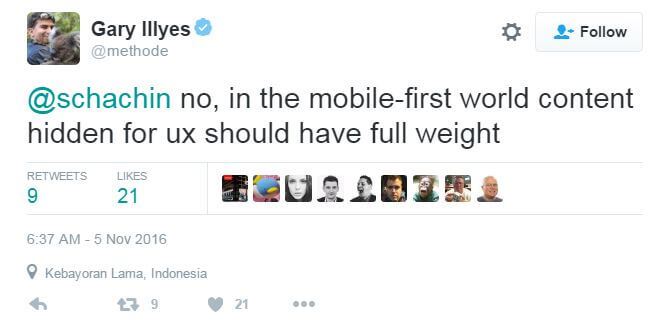 Yandex announces Palekh Algorithm.
Yandex dominates search engine use in Russia and has recently announced its Palekh Algorithm. Palekh is named after the Russian city, whose flag is a long-tailed firebird. The Palekh algorithm brings improved results search results for long tail queries. Yandex deals with 100 million long-tail queries every day. This represents around 40 percent of all the searches on Yandex. Palekh looks for the meaning behind a query by looking at similar words in content and in other queries. By collecting this information, the algorithm teaches itself the underlying meaning of queries. Essentially, they have built their own self-learning, machine-learning system. 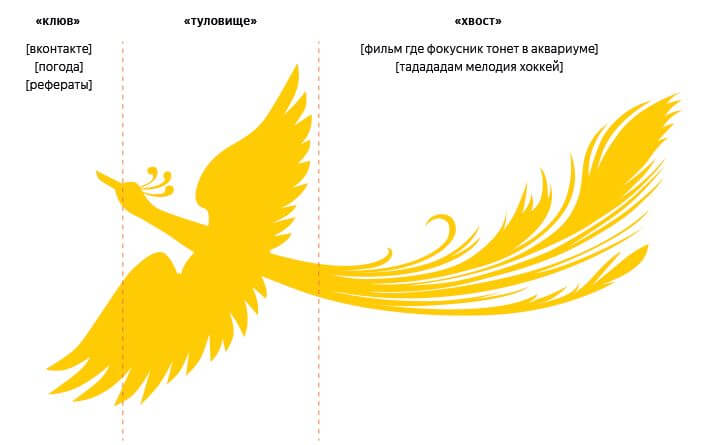 Large Turkish SEO agency confirms penalty.
SEO Hocasi (aka Webtures) is one of the larger SEO agencies in turkey. The company’s websites disappeared from rankings for their top keywords. It looks like the site was hit with a link manual action penalty (the site has been reported for spam by other Turkish SEOs). However, the company is claiming that their rankings dropped due to a duplicate content penalty, due to a technical error. However, the claim seems to be unlikely. The site was using a number of frowned upon link building tactics like building links via WordPress themes and heavy use of exact-match anchor text.

Google Showtimes is gone.
Google has shutdown google.com/movies. Searches who would like movie showtimes will need to rely on another service or the fandango results that display in the Google search results.

Google testing a back to top button in their search results.
Sergey Alakov tweeted a screenshot of one of Google’s SERP tests. A floating “back to top” button shows up at the bottom of the search results. The experience is not great due to the unresponsiveness of the button. If any variation of the button does go live, it would push users back to the search box rather than page two results. This would make being on page one a necessity for businesses hoping to garner any real traffic. 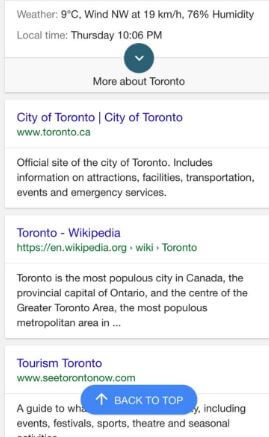 AMP pages only used for search snippets if no other canonicalized version available.
In response to a question, John Mueller explained that the canonicalized version of a page is the source content for search results snippets that Google creates, and not the competing AMP content. However, John did later clarify that when AMP is the only content source, then AMP pages will be used for search snippets.

Google Removes Sitelinks from below most search results.
In an effort to make their search results more mobile-friendly Google has been making a number of changes to their SERP. Recently, they have begun removing the horizontal list of sitelinks that would display below individual search results. The larger list of full sitelinks that results from a brand search is still present though.

Google removes the Knowledge Graph Snippet overlay.
Back in January 2014, Google launched snippet knowledge graphs. These snippets were miniature knowledge graphs overlaid on the search results. The feature is currently missing. The removal may be intentional or just a bug. 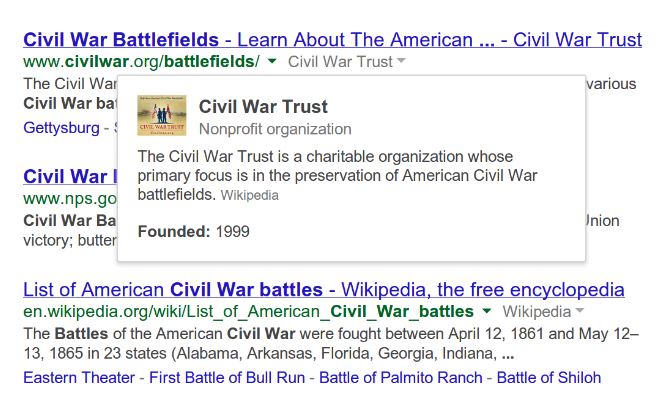 Google robots.txt tester fixed.
Last week, there was an issue with the robots.txt testing tool within the Google Search Console. The tool was not functioning, and instead displayed a blank screen. However, Google quickly fixed the issue and it is back up and running as of November 3rd.

Google does not promote or demote based on Top Level Domain.
John Mueller and Gary Illyes answered a few questions about top level domains (TLDs). Gary explained that TLDs like .lawyer do not offer any ranking bonus. John said that .xyz and .ir TLDs are not automatically discounted. Google prefers to work on a more granular level. However, I would avoid using a TLD that is known for spam.

Google adding way to share link to AMP pages.
Currently, if you try and copy and paste an AMP URL for sharing you get www.googlecom/amp/ instead of a usable link. Malte Ubl, a tech lead of the AMP project, tweeted that Google is currently working on fixing this issue. Hopefully we will have a workable AMP URL in the near future. 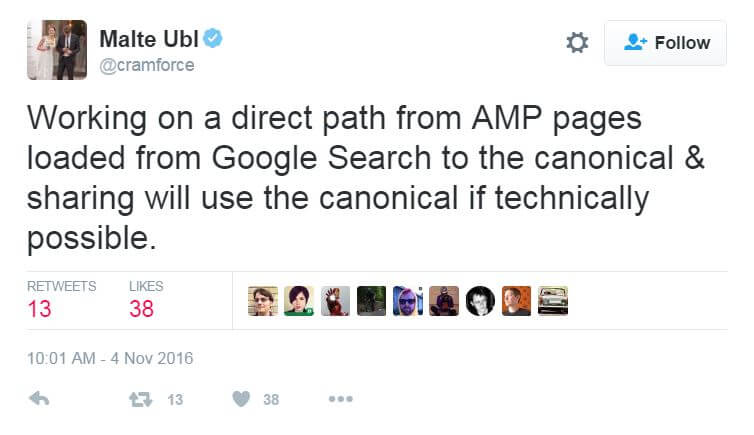 WordPress sites receive no preferential treatment from Google.
John Mueller responded to a question on Twitter, explaining that as far as he knows, Google’s algorithms do not explicitly check for any particular CMS. Although John does seem uncertain in his answer, it would be surprising if WordPress based sites received preferential treatment. Content Management Systems (CMS) are designed to be search engine friendly. While different systems have their own benefits and drawbacks, search rankings are not one of them.

The Page Layout penalty is automated.
The Page Layout penalty targets websites that have an excessive amount of advertising, particularly above the fold. In a recent Google Webmaster Hangout, John Mueller explained that the penalty is automated and not run manually. So if you remove intrusive advertising from your site, you can expect Google to take note the next time your site is crawled.

No penalty for marking up content with two different schema formats.
Jennifer Slegg asked Gary Illyes on Twitter if there was a spammy structured data markup manual action penalty for websites that marked up the same content with two different types of schema markup, specifically JSON-LD & microdata. Gary responded that the additional markup should not be an issue. As long as you are using the correct formatting in two different markups, you should be fine. However, Google does prefer JSON-LD and may end up making it their default markup soon. 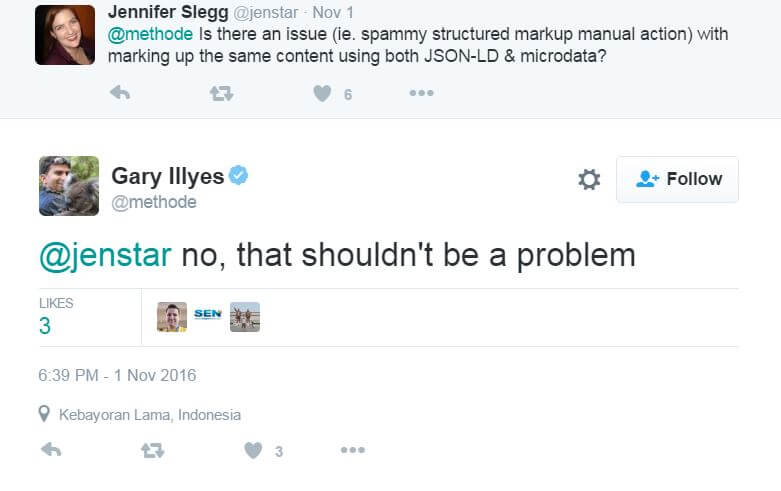 Adwords Automated Ad Extensions can now be disabled.
Cassie from Google posted in Google Adwords Help that you can now disable the automated ad extensions Google sets up for your ads.

To disable the ads:

Google testing Google Shopping carousel ads on Youtube.
Shopping Campaign ads have been on Youtube since 2015 and Google has continuously tested different formats. Recently, a new format was spotted by team members of s360, an agency in Denmark. Google has replaced the ads on the right-hand side of the video on desktop with a scrollable carousel below the video. The carousel displays 4 ads at one time. The ads are currently running only on desktop and it not clear if the ads are running outside of Denmark.

Google tests and then removes Home Services ads in mobile search.
Google has been running Home Services ads in San Francisco and Sacramento for months. More recently in October, Google had been running a trial of Home Service ads in Mobile results for San Francisco and Sacramento users. The test ended and the ads disappeared in November. This may indicate that Google is still not ready for the Mobile release. Or it could mean that Google is in the final steps in releasing Home Service ads for mobile in San Francisco. If Google is confident in their mobile version, it is likely that the program could soon be expanded to other geos. 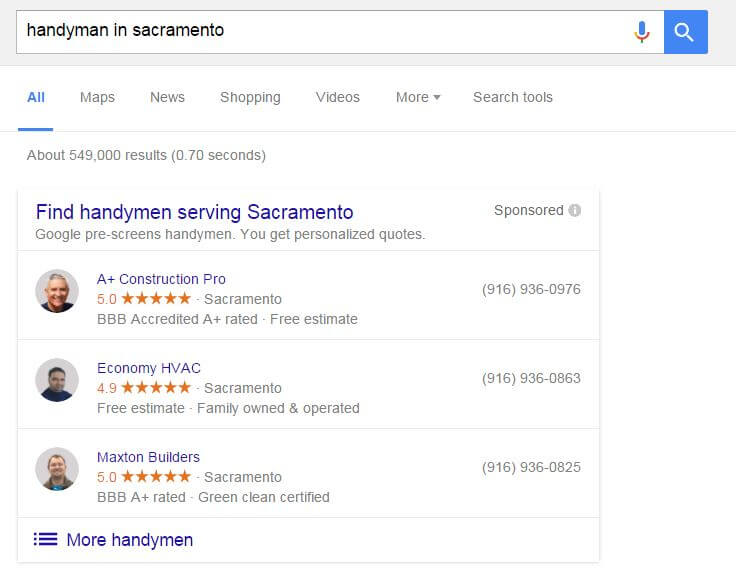