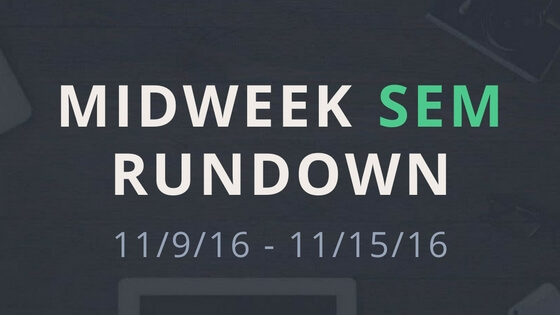 Google publishes recommendations on building Progressive Web Apps.
Google published a long post on their blog, detailing their recommendations for successfully building SEO-friendly Progressive Web Apps (PWAs). PWAs are mobile websites that act like native apps, with much of the same functionality. PWAs are a Google backed technology with a dedicated developer page, but Google was never as explicit in their recommendations as in their new blog post. The post runs through best practices as well as a long list of do’s and don’ts. If you are interested in PWAs you should read the full post. If you are feeling lazy, Search Engine Journal summarized the points.

Bing will not be moving toward a mobile-first index.
Google recently announced that it would be testing a new mobile-first index. This move has been prompted by the traffic surge in mobile search, which now accounts for over 50 percent of search interaction. In response to Google’s move, Bing has stated that they will not be moving toward a mobile-first index. Instead they will continue to run one single index based off desktop. This makes it interesting for sites that have an m.domain setup and have a decent flow of traffic from Bing. They will need to figure out how to optimize for both mobile and desktop without disrupting the user experience. Responsive sites have nothing to worry about. It will also be interesting to see Yahoo Search which displays both Bing and Google search results.

Potential Google algorithm update on November 10.
Google is always changing their algorithm, hundreds of times a year. However, certain updates stick out because the webmaster community sees the resulting traffic shifts. It appears that a larger algorithm update occurred on November 10, though webmasters are uncertain what the update targeted. Reporting in search weather tools like the Mozcast tool, show an apparent spike on the tenth. Hopefully, more information will be forthcoming.

Google adding 30-day penalty for Safe-Browsing offenders.
When Google notices that a site contains malware they manually penalize the website and notify the webmasters in Google Search Console. Google Chrome also displays a red warning screen to potential visitors of the penalized website. Google has now added a mandatory 30-day penalty for repeat offending websites with malware. The mandatory penalty period was added because malicious malware sites could quickly remove malware and submit a reconsideration request. After the request was successful they would immediately add malware to their site again. To prevent this practice Google will now require that repeat offenders wait 30 days before they can submit a reconsideration request.

Google Search showing upcoming TV shows.
In April, Google announced that they would be bringing TV show search to their search results. Peter Meyers spotted the feature in the wild and tweeted a screenshot. Google will now tell you when a TV show you search for will be on. The information is displayed on the right of the search results in the knowledge graph for the TV show. 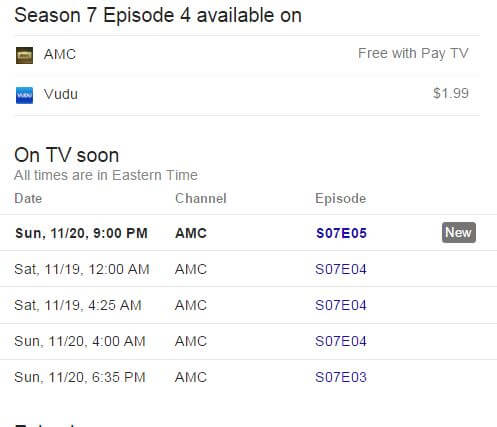 Error in Date of Google Snippets.
For a few days now, there have been issues with the date in snippets found in Google’s search results. The error seems to occurs when a Youtube video is embedded on the page. The snippet will display the date of the Youtube video, rather than the date of the article. Gary Illyes was made aware of the issue on Twitter, and said he would be following up with the Snippet Team to get it fixed.

Google reminds us that they rely heavily on external links.
In 2014, Matt Cutts said that if Google were to drop links, the quality of the search results would become very poor. This statement was brought to light recently when Dawn Anderson asked Gary Illyes if Matt Cutts was referring to internal or external links back in 2014. External links is the answer.

Google Search Console Crawl Report crawls every 3-4 days instead of daily.
Google updated their data anomalies page, to note that the frequency of updates on the “Crawl Status” report in the Google Search Console, for apps specifically, has decreased from a daily refresh to a refresh every 3-4 days. Google said that the decrease in frequency will improve system performance.

Google testing new AMP only top News carousel.
Beatriz Vicente tweeted a screenshot of a news carousel test Google is running. The top carousel only displays news powered by AMP content. For any content publishers still behind with the AMP trend you need to hop onboard before you are left behind.

Bing gives a vision of its future at Bing Ads Next.
In Bing’s presentation at Bing Ads Next, the company gave a hopeful and bright outlook for Bing. One in which, bing is pervasive, as Microsoft continues to build integral partner relationships. You will find Bing on Xbox One, Windows 10, MSN, Apple phones and a myriad of other places. Worthwhile presentations included topics on a dynamic native ads pilot, small but growing mobile share, decision service, cortana and conversation as a platform and hololens. Bing is now a profit-producing line item on Microsoft’s’ budgets and plans to continue to grow.

Bing expands its Partner Program.
Bing’s Partner Program is being expanded to offer more benefits to different types of customers. Originally launched as a program for resellers, the Partner Program is now open to agencies and technology providers above a spend and certification threshold. Being a Bing Partner provides access to the latest Bing technology, APIs and marketing support. Members also receive a Partner Program badge and are included in the Partner Directory. Partners who spend above an even higher threshold become Elite Partners, and have access to in-person training, exclusive events, dedicated account management, and deeper connections with the Bing Ads engineering teams. The Bing Partner Program launched in Australia on Tuesday but is now available in the US. Over the coming year it will roll out to Singapore, India, Canada, Brazil and Europe. Those interested in joining the program can contact their account representatives or reach out in email.

Facebook & Google AdSense ban ads for fake news stories.
Google, followed by Facebook, announced that they will no longer allow fake news sites to advertise on Google AdSense and the Facebook Audience Network. While this will probably not diminish the amount of fake news shared, particularly in Facebook’s news feed, it will hopefully disincentivize publishers to produce this fake news solely for revenue. Satirical sites, like The Onion, may be caught up in this ban as well.

Google aware of Adsense spam impressions.
A long thread in the Google Adsense Help forums has a litany of complaints about massive spikes in ad impressions on third party sites that the users do not control. These spikes cause inflated earnings reports and results in the RPM (revenue per impression) dropping. A drop in RPM indicates to Google that the ad placement is poor. The end result in Google lowering their earnings per click because of the low-quality impressions on the ads. These spikes in traffic are potentially from hacks spoofing traffic in AdSense. A Top Google Adsense Contributor in the thread said that Google is aware of the issue, but does not think that the spoofing problem is a large scale issue. 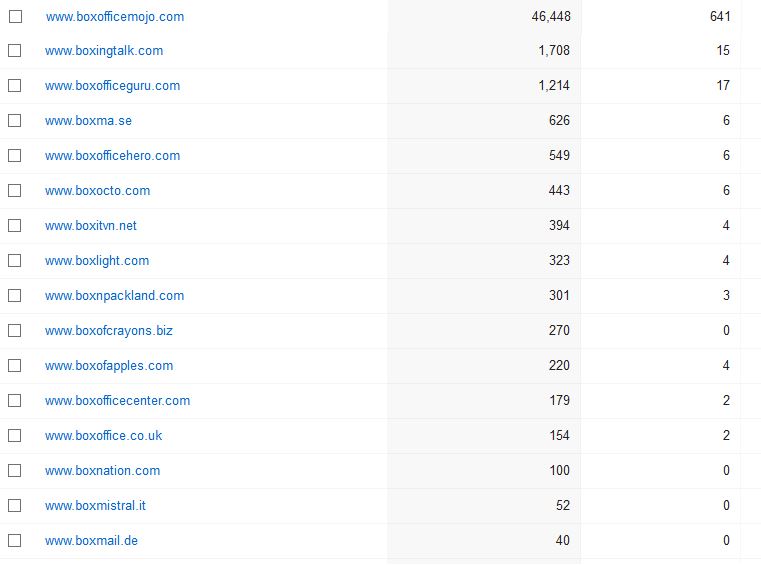 Google to end Google Map Maker.
Google has decided to kill off its Map Maker product. The Map Maker site will be taken down in March 2017, but any edits in Map Maker from now on may simply be ignored by Google. As Map Maker is removed, many of the features of the product will be integrated into Google Maps. Which features and to what extent they will be implemented is still a mystery.

Google’s Advanced Verification cuts large numbers of plumbers and locksmiths.
Back on November 10th, Google started removing the local listings of plumbers and locksmiths in San Diego who had not met Google’s new advanced verification. The advanced verification was a localized test, specific to San Diego and these two business types. Google hoped to cut back on the notorious local listing abuse these two industries are known for. Joy Hawkins had tracked the term ‘plumbers san diego’, before the deadline. The initial result was eight pages of local results, each page containing 20 listings. Now that the advanced verification has been enforced, there are only seven businesses remaining for the same search term. In the same test Joy noticed that the paid/home services pack is now displaying for branded searches. So even if a customer searches for your company by name, they will see a list of competitors in ads alongside.

Google tests new Local Pack in San Diego.
As part of Google’s new rigorous vetting process being tested in San Diego with plumbers and locksmiths, Google is also testing an update Local Space on top of the page. For the search term ‘locksmiths san diego’, the Local Pack is pushed own by the Home Service Pack which lists businesses which have passed this higher level of verification. The Home Service Pack displays the service area of each business on the associated map. The Service Pack can also appear in addition to the Local Pack which shows storefront businesses. Having two packs on the same page simultaneously is an odd setup and, we will have to wait and see what the final version looks like in the coming months.