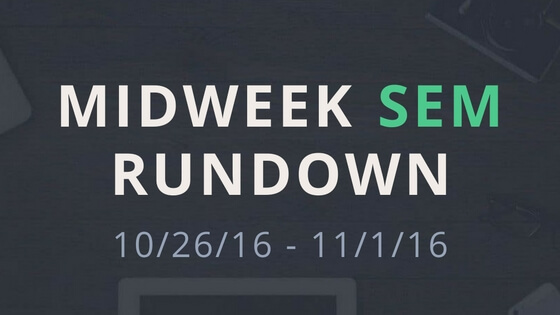 Manual Action bug in Google Search Console resolved.
Over the past few weeks, webmasters were not able to see manual action penalties in the Manual Actions section of Google Search Console. Though they still received notifications of a penalty in the notifications section, they could not submit a reconsideration request. John Mueller followed up with Jennifer Slegg on Twitter that the issues should have been resolved.

Malicious Subdirectory SEO spam becoming more prevalent.
Sucuri is a company that cleans hacked sites and protects them from further danger. In a recent post, the company noted a new kind of malicious SEO spam that is becoming more common – subdirectory installs. Websites are hacked and a subdirectory with outgoing links is added to the site. Since the face of the website does not change, the site owner may not even notice the hack. Review your site’s directory for suspicious new folders.

FCC adopts new consumer privacy protection measures.
The FCC has imposed new limits on what ISPs and carriers can do with consumer data. Opt-in consumer consent is required when ISPs store sensitive information including precise geo-location, health information, financial information, social security numbers, web browsing history, app usage history, the content of communication and children’s information. ISPs can still collect and share aggregate information that has had individual ids removed. These rules do not currently apply to websites or apps like Twitter or Facebook. This is great step forward in consumer protection, but more detail is needed in how prominent opt-in disclosures must be. Can a company sneak them into lengthy user agreements? The FCC will need to further clarify their ruling if it is to have any effect.

75% of 2017 internet use will be mobile.
Zenith, is a unit of the French Ad agency Publicis Group SA, which had a global advertising expenditure of $71B. In a recent forecast the company released, it was estimated that in 2017, 75 percent of Internet use will be mobile (smartphone & tablet). This is an increase from their 2016 estimate of 71 percent. Zenith has also predicted that in 2018 Mobile advertising will total $134 billion. A sum greater than all the newspaper, magazine, cinema and outdoor advertising combined. We will have to wait and see if Zenith’s predictions hold true.

Google begins posting about Google Assistant.
Tanya S. From Google has posted the first Google thread on Google Assistant. This first post will be followed by other updates and the forum will be a place for users to provide feedback.

Only remove links from Disavow file after they are removed online.
In response to a question on Twitter, John Mueller explained that it is safe to remove a site from a disavow file only if it the offensive link no longer exists. More specifically, the link must either be removed or nofollowed on the source site and Google must have reprocessed the link. Otherwise, leave the link in your disavow file. 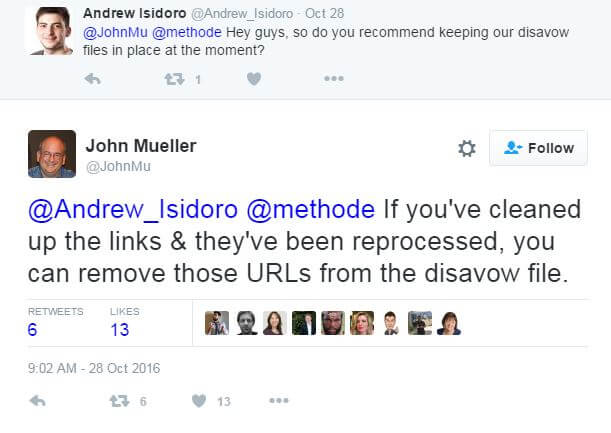 Moz Features reporting 40% of Google’s Top Search Results are HTTPS.
The Moz Features tool tracks the different features present in Google’s top search results. This includes knowledge panels, images, Local Packs, etc. In January, Moz reported the percent of top listings that were HTTPS sites at 25 percent. In July the number climbed to 30 percent. Now it is 40 percent. Gary Illyes has confirmed that there has been no change to the HTTPS ranking boost. Has there been a rapid adoption of HTTPS by top sites or are these sites receiving some kind of additional preference?

Alphabet reports quarterly revenues of $22.5B
Google’s parent company Alphabet posted a quarterly revenue of $22.5 billion, greater than Wall Street’s expectations. Revenues were up by 20 percent year over year and net income was $6.3 billion. Ad revenues account for $19.8 of the total revenues with mobile search being the primary driver. Video and programmatic were also other areas of growth cited by Alphabet CFO Ruth Porat.

Hrfelang tag reporting error in Google Search Console.
A number of webmasters have reported that the hreflang international reporting tool is displaying errors and a drop in “known tags”. John Mueller tweeted, in response to questions, that he will be looking into the issue. 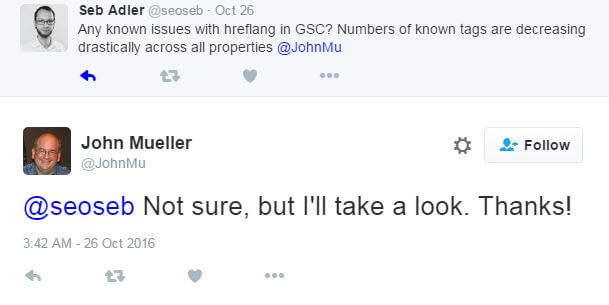 AMP ad limitations frustrating publishers.
AMP pages have seen a lot of recent development, including advertising capabilities. However, the functionality is still very limited and only allows for certain ad formats. Some publishing sites complain that they can only generate half of the revenue on AMP compared to their full mobile sites. Others like the CNN and the Washington Post have reported near equal revenues on their own AMP pages. AMP is still in its infancy and as developers continue to work on it, many of these complaints should subside. After all, it is in Google’s best interest that AMP be advertiser-friendly.

Shared budgets added to Bing Ads.
Bing announced that advertisers can now assign one budget to multiple campaigns in Bing Ads. This should help advertisers more efficiently use their ad budgets amongst their different campaigns. Shared Budgets is live in the UI under the Shared Library. It is currently read=only in Editor and Apps. 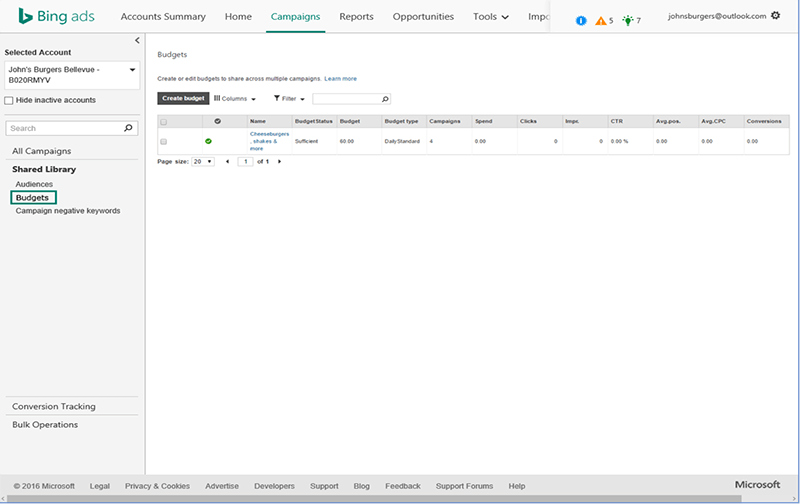 Bug in Adwords Partners specializations.
Several agencies received emails from Google telling them they had lost their Search Ads specialization. The bug affected advertisers around the globe including in the US, Italy, Germany, Austria, Switzerland and Spain. Fortunately, the issues was quickly resolved.

Google Adwords Managed Access will receive Administrative Access.
In the coming weeks, Google will be upgrading all managed access levels (Managed-Read only, Managed-Standard) to Administrative access. This upgrade will give these user the ability to add/edit/delete other users in Adwords. Make any necessary changes to avoid permissions issues.

Google Maps testing local business names alongside English names.
Google is running a test in Google Maps where the local name of a business, written in the local language, is placed below the English name variant of the business. Florent Abaziou posted screen shots on Twitter. 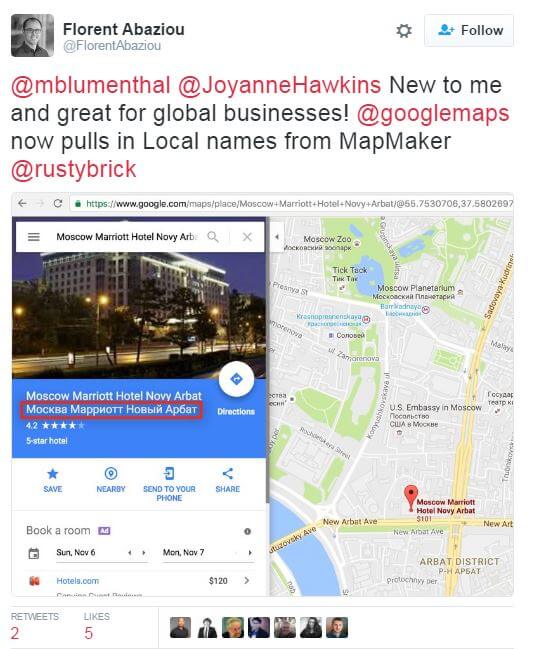